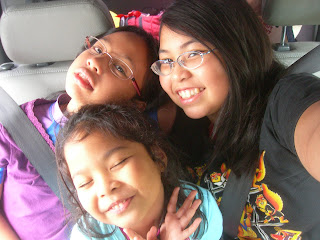 Yesterday, was one of those impulsive days I had. Out of nowhere, I told my wife and daughter that we will be going to the Water World, A Famosa, Simpang Ampat, Melaka. We even asked Sari (my daughter's friend mother) whether we could take her along as well (as she was at our home earlier in the day).

She said it was alright, if it wasn't too much trouble. So Syahana Azhari tagged along. We also took my six year old niece, Aliya Azry, was ever so eager to join the posse of these two older girls. 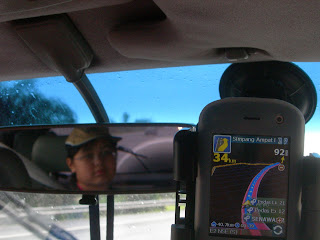 By 3pm, we arrived at A Famosa. The GPS on my HTC PDA-Phone, perched next to the rear-view-mirror, added a lil' bit more fun for the kids!

Right: The GPS, giving accurate info that The Enterprise is going at 92km/h and 34km before Simpang Ampat Exit 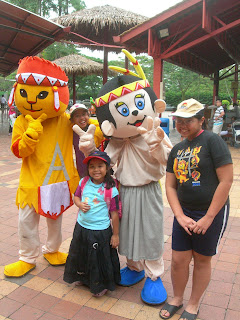 Waltzing through the entire development project, we had to pass by the Cowboy Town, playground, the equestrian pen and microlight station. The kids wanted us to drop by at every single point attraction.

Left: The kids with the Theme Park mascots 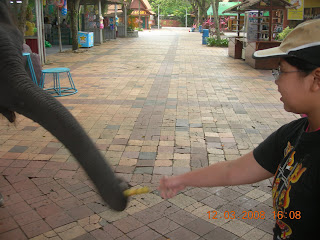 The kids settled on the opportunity to feed on a friendly baby elephant at the entrance of the Water World. 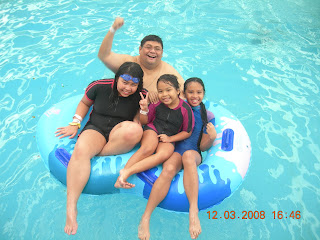 Left: Escorting the girls on their 'barge'

The first place we hit was the Wave Pool. The kids rented a float and the three of them waddled and braved the surf, which proven to be a whole loads of fun. They tremendously enjoyed the experience. Then they rain came. We took shelter at the eatery and the children had KFC and hot milo. 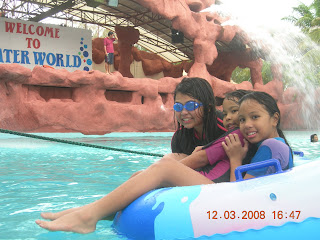 When the rain simmered, its time for the missus to take the girls on the Lazy River, then the slides.

Right: In between waves

We left the place at 7.50pm (after a shower; mind you, there was no hot water!). We arrived in Damansara Utama circa 9.00pm and had dinner first, before sending the girls home. 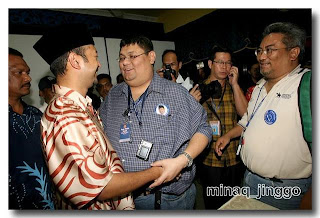 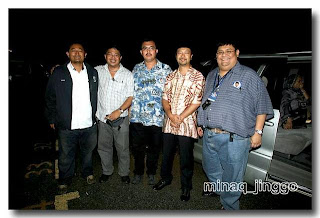 I was in-and-out of Jerlun for 16 days, from pre-Nomination Day to the day after polling. We made Tun Dr. Mahathir Mohamad's home, Pondok Maharizan @ Titigajah, Alor Setar as Mukhriz's private office and operations room.

In The Enterprise, we had three notebook PCs, a Canon printer and one 3.5G PDA-phone and one GPRS PDA-Phone, which doubled up as modems, as we pumped up stories from the ground or send/receive e mails and faxes.

Saw so many actions during that time and I must say, it was a pleasant experience. 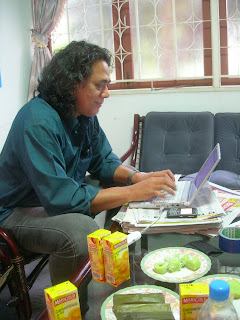 Left: Rocky writting his story whilst in the phone with Mukhriz @ Titigajah

I was a dreadful and demanding sixteen days of my life. However, I enjoyed almost every minute of it. I made some new friends and strengthened old ones. 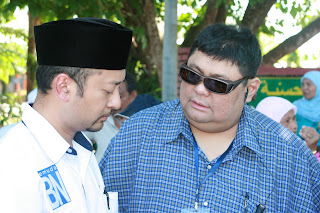 Even though sixteen days is one hell of a long period to be away from the missus and daughter, we hardly had time to ourselves. To keep up with the campaign, we seemed to have very little time for anything. Decisions have to be made promptly and with no mistakes. 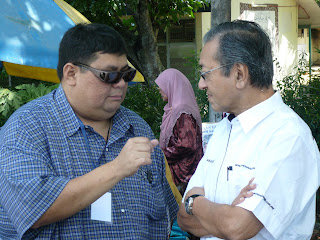 Personally, I had to master the geography of Jerlun on-the-spot. Considering there is no major town within the Jerlun constituency, that makes it slightly tougher. Some of the places we went were not even marked on the GPS. Not even the roads. 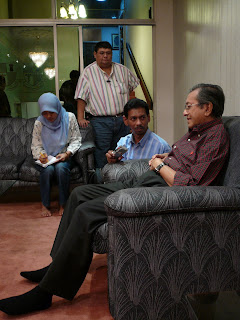 
Former Prime Minister Tun Dr. Mahathir Mohamad was in Jerlun to give support to Mukhriz. Of course, whenever he is present, people there want him to say something. Then media would also persistently hound him, almost as much as when he was still in office. I was also lucky enough be given the opportunity to brief and attend some of his media conferences and interviews with members of the media, which include foreign media. 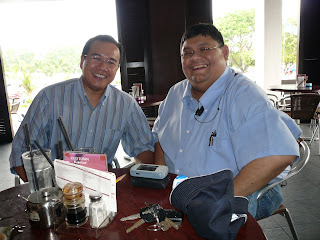 I even had the opportunity to met an old sixth-form buddy. Also had tea with a seasoned political writer.

Many friends made effort to come all the way from Klang Valley, to show support for a friend in North West Kedah. One actually drove up from Johor Bahru. I had another Kedahan friend, who lives in Kuching offering to fly back and help, in Mukhriz's campaign. 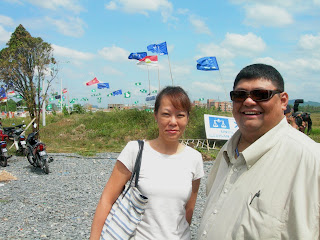 I can't complain about the food though. Although we spent considerable time eating at the Old Town White Coffee in Alor Setar and a famous night-only Nasi Kandar near the old hospital, we thoroughly enjoyed the food in Jerlun too. We had some really fresh ikan kembong rebus and it was good. One night, at one of stop overs at a BN operations tent in Kuala Kerpan, they served Laksa Kedah with thick fresh fishes. It was amazingly rich in flavour! 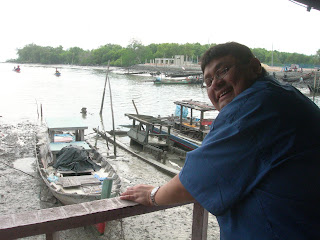 Some of the places that took us in Jerlun is really nice and serene. Jerlun is spanned over a fishermen's community at the coast and rice farming communes in the interiors. Coupled with some imagination, creativity and entrepreneurialism, Jerlun could be a really great potential for eco-tourism sector for the domestic tourism industry. 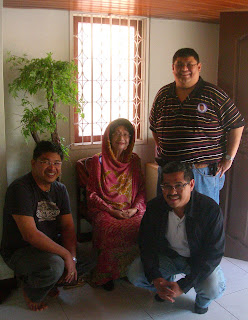 In the end, it was well worth it. If I had to do it again, I certainly would.